“We know the sky’s blueness even before we know it as “blue”, let alone as “sky.”

Who sees the human face correctly: the photographer, the mirror, or the painter?

The best is when we see a mirror of Human soul through photography. This is the magic of Sebastiao Salgado. 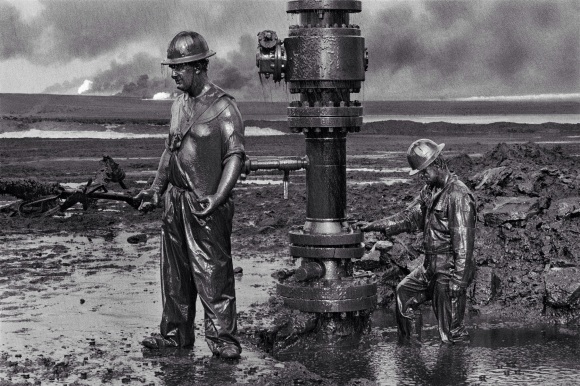 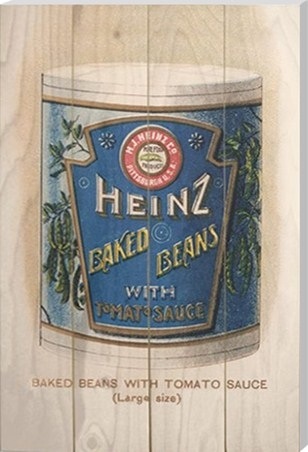 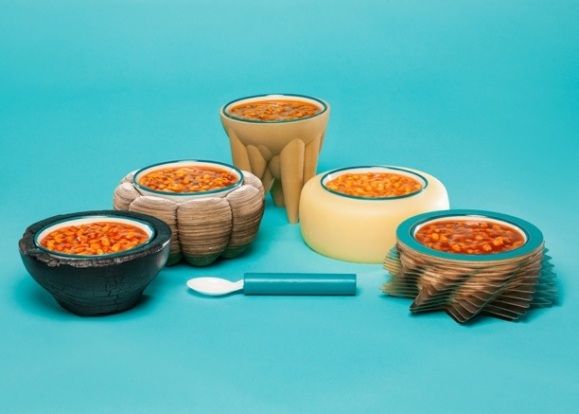 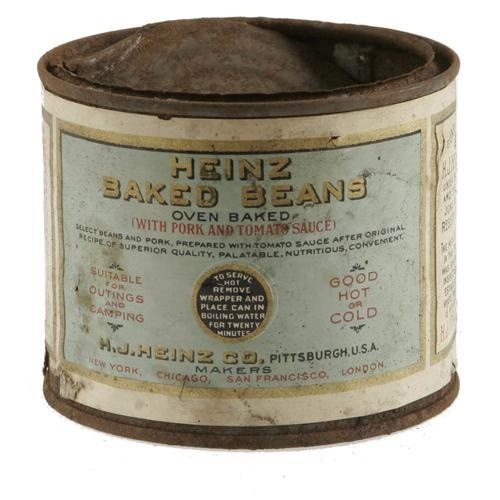 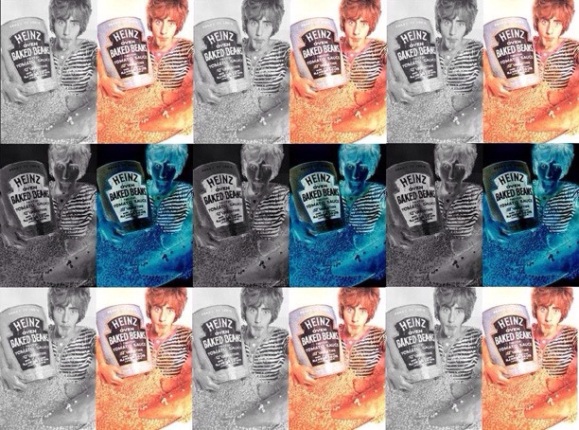 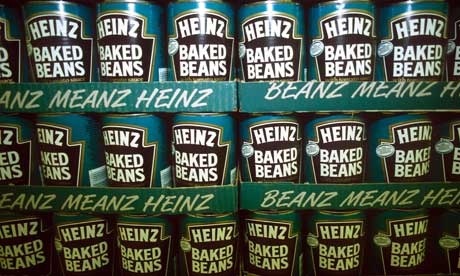 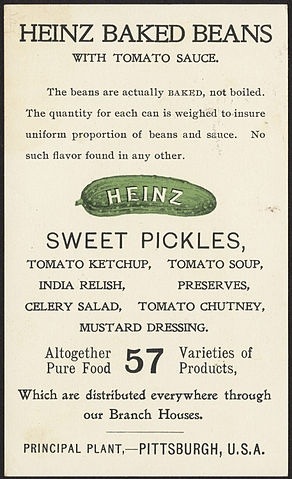 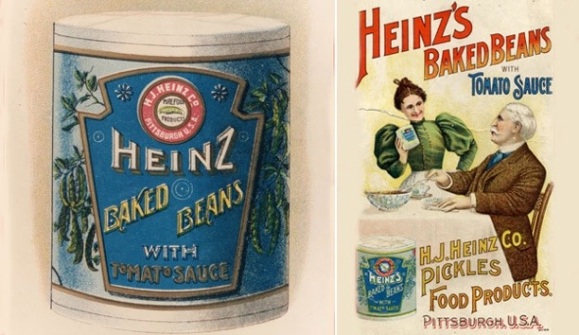 ARE WE HUMANS OR ARE WE PRINTERS?

“In a time when one considers the possibilities of humanity unlimited, we experience its limitations on a daily basis. Sometimes we feel we’ve run into a wall or stand in front of a precipice, not knowing how to proceed further. Or suddenly there opens up before us an insurmountable wall, and we know no way out. Even our thoughts and our imagination constantly finds their limits.” 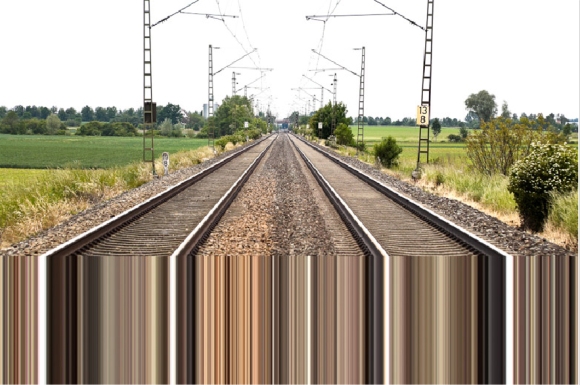 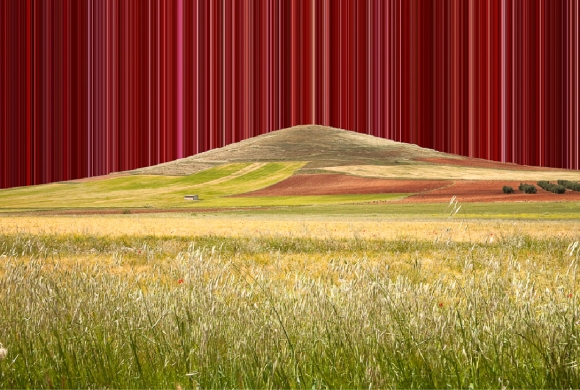 She showed me her room
Isn’t it good Norwegian wood?

“…and then I noticed there wasn’t a chair, but a stunning magazine rack.”

I am talking about one of Wood’d creations.

Born in 2012, Wood’d is a new brand of accessories and objects entirely hand made in wood and leather.

It rose from the creativity and productive skills of two brothers, Andrea and Stefano Aschieri.

I discovered the brand thanks to a unique Mexican skull shaped cutting board that one of my friend gave me last xmas.

This is how I discovered this two gifted guys who decided to go back to their origins, the family company, adding their personal contemporary taste and techniques. 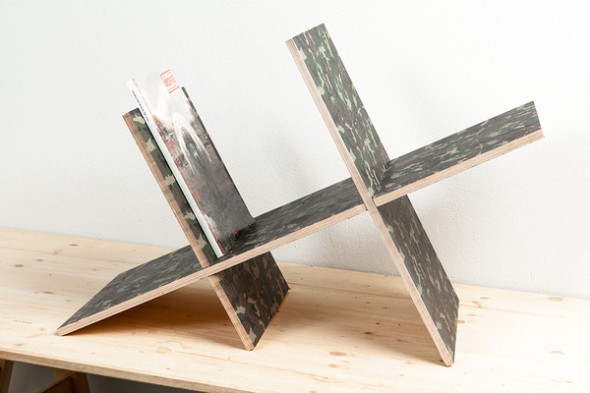 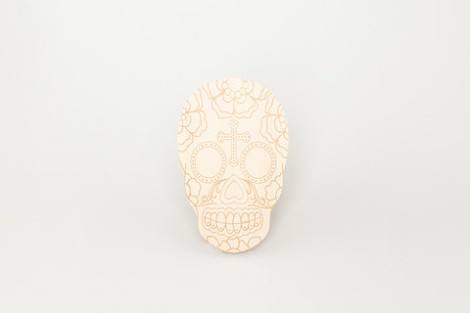 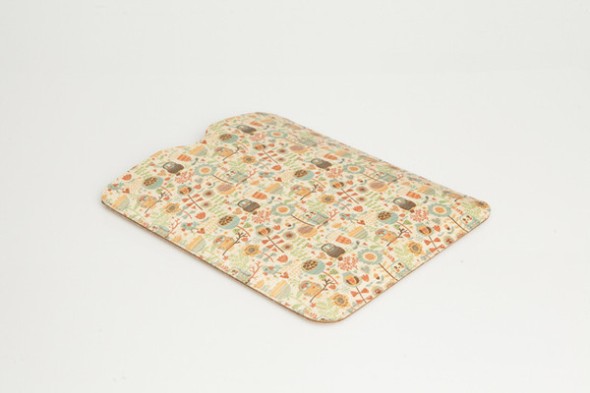 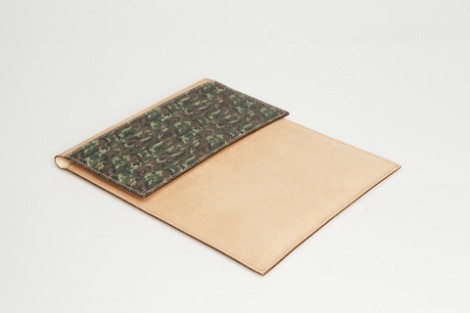 On September 7th, 1982, David Ogilvy sent the following internal memo to all agency employees, titled “How to Write”:
“The better you write, the higher you go in Ogilvy & Mather. People who think well, write well.

Good writing is not a natural gift. You have to learn to write well. Here are 10 hints:

1. Read the Roman-Raphaelson boom on writing. Read it three times.

2. Write the way you talk. Naturally.

4. Never use jargon words like reconceptualize, demassification, attitudinally, judgmentally. They are hallmarks of a pretentious ass.

5. Never write more than two pages on any subject.

7. Never send a letter or a memo on the day you write it. Read it aloud the next morning — and then edit it.

8. If it is something important, get a colleague to improve it.

9. Before you send your letter or your memo, make sure it is crystal clear what you want the recipient to do.

Fede n Rico, author of The Bias-Cut header and logo, talks us about his sketches flair.
In what does it consist your drawing technique?
It’s simple, I like using normal gel ink pens, usually waterproof, coz lately I tried to colour some of drawings with watercolors. Sometimes I try to paint on a canvas, but I still need ot get better at that.
How did you come to drawing? Do you focus only on this technique or you are considering other approaches?
I have always been drawing, since I was a child, but I never took it very seriously, till some friends of mine convinced me that I had to start showing my stuff more. I think I opened my mind after finishing high school, I started growing more interest in street art, but I slowly realized that my favorite stuff was the one that wasnt too close to the stereotypical graffiti art. I don’t have any art school background, I have a degree in political science and economics, nothing to do with art.
In the last couple of years I have actually been trying to improve my skills, widen my horizon. I attended figure drawing classes last year, and found it extremely interesting. It might sound trite, but I think the human body is simply one of the most beautiful things to draw, it has everything I like in terms of lines, shapes, volumes etc. And sometimes you can add three more arms, two more eyes, one more boob or a vagina on the forehead…It’s funny!
Before starting drawing had you been through different types of art? Not really, but I really like cinema, I watch a lot of films.
In your sketches we can see some unusual human charachters who deal with the surrounding environment, usually consisting in an urban scenary, what do they represent?
My fucked up mind 🙂
I dont really know, I don’t think everything I draw has a meaning. but I like the idea of a city as a modern jungle. I remember the first time I was in New York, the city from the top of the Empire State Building looked like a huge anthill, where humans are the ants, as small as insects.
What about the other charachters, the animals that looks like mythological figurers?
Do their throwing up and eating each other mean anything?Somehow can they be compared to primordial creatures throwed in the contemporary age?
I like to think of humans as sophisticated animals, that’s why I like mixing human features with animal-like ones and see what happens. Plus I grew up watching cartoons, where characters are often miss shaped or they can swallow a huge fridge or they can be run over by car, get flattened and go back to their usual shape and things like these. It’s basically fantasy, imagination. and drawing allows you to subvert reality anyway you want it.
These creatures in my drawing are not throwing up just because they are too drunk and they need to get rid of some toxic shit, the throw up thing also represents what comes out from their mouths: words, insults, lies, laughs, any form of verbal communication. They are basically like the small cloud in a comic, just stripped of words.
Do you think that the place where you live gets into your creations? Do you see any difference between sketches produced in Italy and in Berlin?
Berlin is a very inspiring place, but since I moved here I have less and less free time, I work 40 hours a week and sometimes it’s a bit hard to find time and energy to do something, especially for a pathologically lazy person like me. But here many people are convincing me to take my drawings more seriously and there are a lot of cool possibilities to show your stuff to a lot of people. Plus a club printed posters and flyers using my illustrations, I was really happy 🙂
Is there any celebrated artist by whom you have been inspired?
Well, not really, I find more inspiration in small things. For example, I like the amazing patterns that Mother Nature can create, like snake skin (although I am terrified by snakes) or trees roots. I also have a fascination for old drawings, including middle ages icons as well as antique japanese illustrations or traditional indian art.
Which soundtrack would you choose for your sketches? Something with a dirty but groovy sound, something psychedelic. Perhaps some kraut-rock like Neu! Or Can would be perfect. 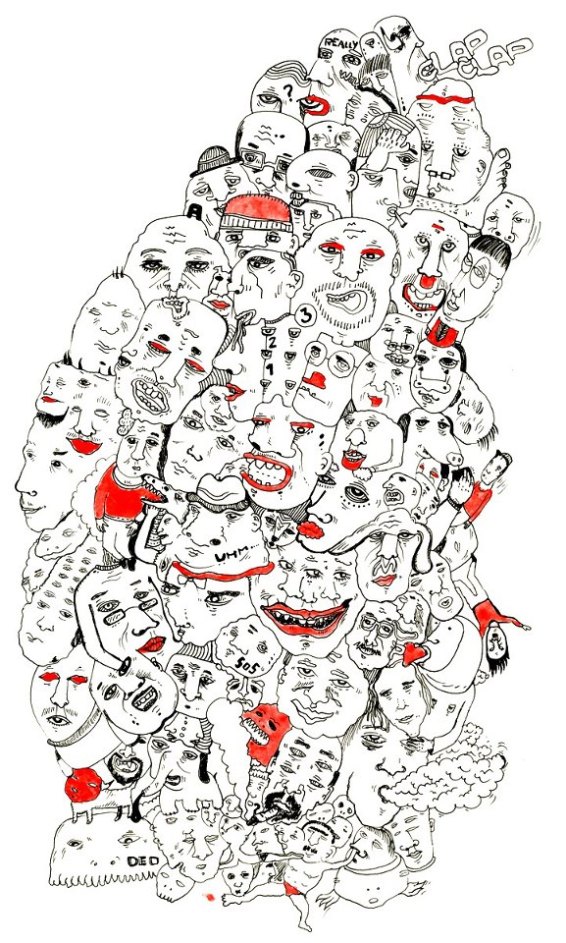 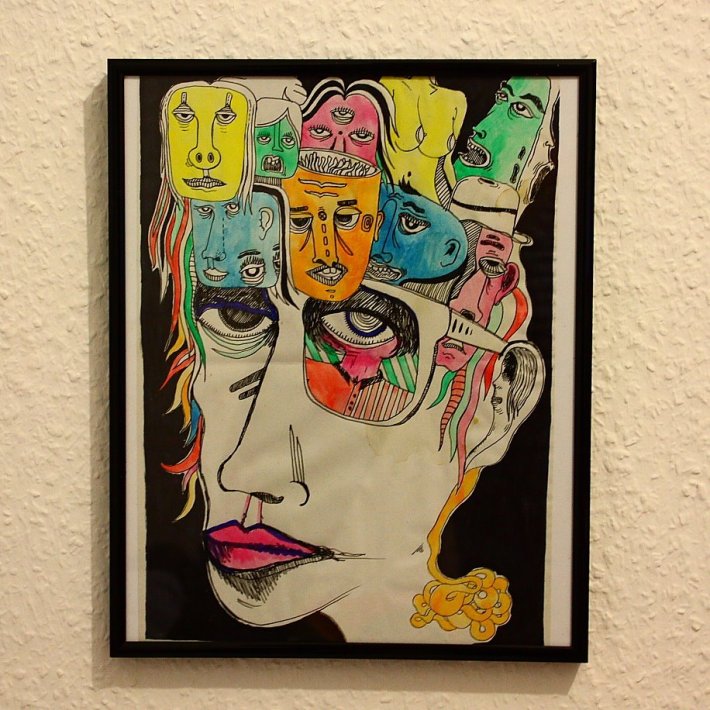 LET’S CUT IT OFF

I want to start from the end. Just call it quits with the fact of not-having-your-own-space-on-the-internet.
Today you are no one if you are not leaving your trace on the net, you absolutely don’t exist.
I want to leave my fingerprints on my reality, doing something and, why not, trying to give some tips, personal tips of course.
The importance is to keep in training your mind, everyday, with everything in your possibilities.
Words, speech, images, photographs, videos, sounds, literally everything. To never lose lucidity and the real contact with reality and imagination.
Those are my wishes.

“Keeping the image of the perfect edge in your mind will allow you to understand how every stroke of the file or stone effects the edge in front of you. And with practice you will be able to see the sharpness of your own edge in your mind, and with every stroke of the file and stone bring it one step closer to perfection.”
Best Made Company, 368 Broadway, Suite 513, New York NY 10013

Once Upon a time a there was a flowery, humil , and elaborate culture that met a logical, linear, one.
Japanese feelings and intuition meets English kingly printings, in the 360 grades creations of Eley Kishimoto.

Wakako Kishimoto and Mark Eley run into each other when Kishimoto Was attending the Central Saint Martins College of Art and Design and Eley used to draw loom for The fashion industry while attending Brighton university.

Interesting the cooperations with Cacharel, Converse and Volkswagen.

First woman collection Was released in 1996, going through over The years, Klee and Kandinski squirts, Edwardian age inspirations and theatrical details that reminds of a contemporary Arlecchino hipster.

So, Why not to take a look at The online store while having a Bronson?
Waiting for a new collection, You can also share some of the pieces with your new “cronkite” even though he is a frado ! -) 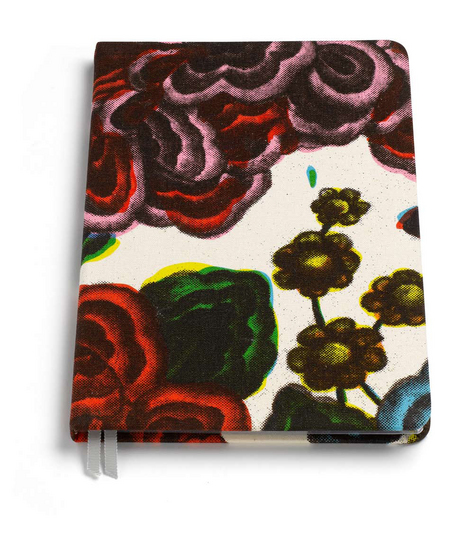